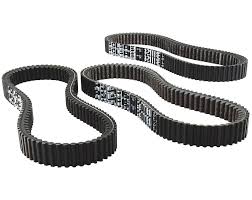 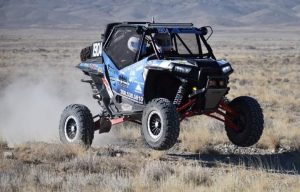 Well, as most Polaris RZR owners have experienced…we too have had belt issues. Especially with our 2014 XP1000 desert race car. Granted, we are a little harder on our machine than your average weekend warrior, but we have still searched for a resolution on these CVT Belt problems.

Our very first race in 2018 was a 120 mile desert race in Southern Utah. This is a relatively short race for desert racing, but it was a great test for our new build. We were very conservative with the car the entire race (due to it being a new build) and we were pleased with a 7th place finish. We had zero issues and had to perform zero repairs. Then race 2 happened! Caliente Nevada. This bad boy was a 250 mile race in the blistering Nevada desert. We pre-ran the course and everything was fantastic! Car felt amazing. So, the day of the race…we start and begin to press hard. 19 miles in, we break the primary clutch bolt in half and spit the clutch out into the middle of the desert. That’s belt problem number 1. Turns out, the clutch bolt used on the 2014 XP1000, is a known weak point. Obviously, not known to us! There is an upgraded bolt for just this issue from Polaris. They knew there was a problem, so they changed and upgraded the design. There is even another level of upgrade for this bolt from a company called RPI. It runs about $100, but almost unbreakable! Race number 3, Jackpot Nevada. Another 200+ mile endurance race. 40 miles in, our driver (bless his heart. LOL) Devan, rolls the XP in a hard left corner and ends the day for us by starving the driver’s side engine cylinder of oil and taking out our engine. So, we have a custom race engine built. Race number 4, Knolls Utah. This is a 200 mile race and we started and ran strong for a whopping 70 miles. Belt issue number 2 reared it’s ugly head. We blew 3 belts in our first 60 miles. Turns out, we had destroyed the spider gear inside the secondary clutch and it was destroying belts. We had to finally call it a day when the time we had lost took us out of any possible placement finish. Race number 5. Wendover Nevada. The car again ran extremely strong, but went through 2 belts in the first 100 miles. On the second belt replacement, we went to restart the car and the starter just spun. We had sheared the bolts holding the starter one-way bearing to the flywheel. When we got back home, we tore the clutch apart to find that the primary clutch rollers had burned through their bushings. Most likely causing belt issue number 3.

So, here we are. With one race left this season, we decided to have Starting Line Products get involved. We went and had a long talk with Jerry Mathews over there and he took awesome care of us. He rebuilt both our secondary and primary. He also installed their Magnum Force Clutch Kit. So, we plan on inspecting the shaft alignment, transmission bearings and other drive components. Replacing all of the bearings in our tranny with race bearings and breaking in some new Hunterworks belts. Then, we head to Laughlin Nevada in December. We have a lot more confidence in our clutching thanks to the guys at SLP. We will post updates as we tune and pre-run the car. Our Other Online Stores 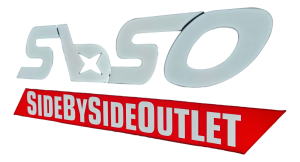 ***Free Shipping may not apply to oversized items[Side By Side Outlet 2021 | All Rights Reserved.] Designed & Developed by Logical Themes